Audience:
Intermediate
Language:
English
Date:
Saturday, April 12, 2014 -
Room:
Bright Solutions (HIV)
..."As a themer i want to control my markup & css in drupal
I will accept this story when i can make a theme without loosing my sanity inside php arrays"...
The Themers of Drupal have for years been whining & moaning over the "rich markup" markup, confusing theme functionality, Drupals lack of separation from the frontend to the backend and generally WTF when you work in the theme.
Now in Drupal8 The Dark ages of Drupal Theming is gone (forever) phptemplate is put on the bench and is replaced by "a modern tempting system": TWIG
Drupal8 Theming isn't just about chaining <?php print $foo; ?> to {{ foo )} its a rethinking of Drupals Theme layer - Defined by the themers for the themers. Not defined by developers that didn't knew what the themers wanted (like precompiled strings with 3 div wrappers) ;) 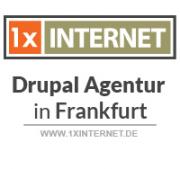